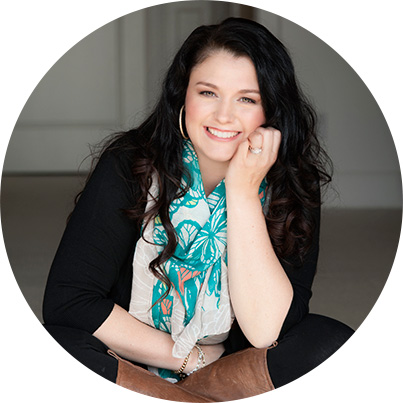 My Kind Of Therapy

Anyone who knows me, knows all I ever wanted to be was a mom. And I feel like I have been blessed with two of the coolest kids ever, who I adore more than anything in this world! I love this gig, I really do, but with this job comes constant criticism...and I’m not just talking about from others, I’m talking about the criticism that comes from ourselves. While I navigate through this mom thing, (and now working mom thing) I find that I'm constantly questioning myself as I go along. “Was I too hard on them today?” “Why did I lose my temper on them like that?” "Am I "present" enough?" “Do they even hear anything I say?”

So just this last Saturday night, a group of my girlfriends and I, (all fellow moms) got together. It was one of the nicest nights I’ve had in a while. It was relaxing, and cozy, just what I needed! We sat outside in my friend Jennifer’s beautiful back yard, cozied in blankets by the light of her fire table. We ate and had a few drinks, but the best part of the night was the stories we shared! We all took turns sharing our adventures of motherhood. We were candid and raw. We shared mistakes that we’ve made (and continue too) while raising our little (and not so little) ones. We were all brutally honest, and it felt great…there was no judgment at all under that cabana, just total and complete support, and even some tears. But let's not forget the best part…we seriously laughed our butts off! We laughed so hard we nearly peed our, damaged post baby bladder, pants! Yes, we talked about that too! Along with stretch marks and droopy post baby breasts! We shared stories about almost everything! About screaming so loud we were sure that our neighbours could hear! (and we are all agree they are totally lying when they said they can't) How scary it was starting out with newborns, and how having a second child changed EVERYTHING! How our boys are beginning to smell like stinky young men, and how some of them still fight having a shower! How some of us let our kids snuggle and sleep with us in our beds, (which I never allowed when they were babies, but looking back I wish I had, because I know I’m on borrowed time so I cherish those nights so much now) and how some of them simply don't. How we’ve expected too much from our kids at one point or another, and the guilt that comes with that, and how we know we’ve expected too much from ourselves. We laughed about how we are all certain we will just keep screwing up...but just how important it is to apologize to your kids when we do.

It was so awesome to sit among these amazing and real moms and be able to say “Oh thank gosh...you have done/felt/said that too?!” It was humbling, and it really was the most fun therapy ever...not to mention, a lot cheaper then the real thing!;) It was just what the doctor ordered!

Here is an article that one of my favourite friends sent me when O’Shae and Jayde were only babies. I have re read it so many times I’ve lost count. But when I’m having “one of those days” it always helps me put things into perspective. It reminds me I'm not the first, nor will I be the last to make a whole whack of mistakes while raising my two..but they will survive in spite of them all!;) And yes, I still get choked up every single time I read it. Hope it touches you like it has me....

All my babies are gone now. I say this not in sorrow but in disbelief. I take great satisfaction in what I have today: three almost-adults, two taller than I am, one closing in fast. Three people who read the same books I do and have learned not to be afraid of disagreeing with me in their opinion of them, who sometimes tell vulgar jokes that make me laugh until I choke and cry, who need razor blades and shower gel and privacy, who want to keep their doors closed more than I like. Who, miraculously, go to the bathroom, zip up their jackets and move food from plate to mouth all by themselves. Like the trick soap I bought for the bathroom with a rubber ducky at its center, the baby is buried deep within each, barely discernible except through the unreliable haze of the past.

Everything in all the books I once poured over is finished for me now. Penelope Leach., T. Berry Brazelton., Dr. Spock. The ones on sibling rivalry and sleeping through the night and early-childhood education, have all grown obsolete. Along with Goodnight Moon and Where the Wild Things Are, they are battered, spotted, well used. But I suspect that if you flipped the pages dust would rise like memories. What those books taught me, finally, and what the women on the playground taught me, and the well-meaning relations --what they taught me, was that they couldn't really teach me very much at all.

Raising children is presented at first as a true-false test, then becomes multiple choice, until finally, far along, you realize that it is an endless essay. No one knows anything. One child responds well to positive reinforcement, another can be managed only with a stern voice and a timeout. One child is toilet trained at 3, his sibling at 2.

When my first child was born, parents were told to put baby to bed on his belly so that he would not choke on his own spit-up. By the time my last arrived, babies were put down on their backs because of research on sudden infant death syndrome. To a new parent this ever-shifting certainty is terrifying, and then soothing. Eventually you must learn to trust yourself. Eventually the research will follow. I remember 15 years ago poring over one of Dr. Brazelton's wonderful books on child development, in which he describes three different sorts of infants: average, quiet, and active. I was looking for a sub-quiet codicil for an 18-month old who did not walk. Was there something wrong with his fat little legs? Was there something wrong with his tiny little mind? Was he developmentally delayed, physically challenged? Was I insane? Last year he went to China . Next year he goes to college. He can talk just fine. He can walk, too.

Every part of raising children is humbling, too. Believe me, mistakes were made. T hey have all been enshrined in the, "Remember-When- Mom-Did Hall of Fame." The outbursts, the temper tantrums, the bad language, mine, not theirs. The times the baby fell off the bed. The times I arrived late for preschool pickup. The nightmare sleepover. The horrible summer camp. The day when the youngest came barreling out of the classroom with a 98 on her geography test, and I responded, "What did you get wrong?". (She insisted I include that.) The time I ordered food at the McDonald's drive-through speaker and then drove away without picking it up from the window. (They all insisted I include that.) I did not allow them to watch the Simpsons for the first two seasons. What was I thinking?

But the biggest mistake I made is the one that most of us make while doing this. I did not live in the moment enough. This is particularly clear now that the moment is gone, captured only in photographs. There is one picture of the three of them, sitting in the grass on a quilt in the shadow of the swing set on a summer day, ages 6, 4 and 1. And I wish I could remember what we ate, and what we talked about, and how they sounded, and how they looked when they slept that night.

I wish I had not been in such a hurry to get on to the next thing: dinner, bath, book, bed. I wish I had treasured the doing a little more and the getting it done a little less.

Even today I'm not sure what worked and what didn't, what was me and what was simply life. When they were very small, I suppose I thought someday they would become who they were because of what I'd done. Now I suspect they simply grew into their true selves because they demanded in a thousand ways that I back off and let them be. The books said to be relaxed and I was often tense, matter-of-fact and I was sometimes over the top. And look how it all turned out. I wound up with the three people I like best in the world, who have done more than anyone to excavate my essential humanity. That's what the books never told me. I was bound and determined to learn from the experts. It just took me a while to figure out who the experts were.